We get asked a lot – how did North Star American Bistro get started? Where’d the name North Star come from? What? You do CATERING? How long have you been doing that? Are you opening any more places? Will you come to my house and cook for me? (Really – we get asked that last one a lot). Anyway, we thought it would be a good idea to answer your questions. But first *shameless plug* YES WE CATER – we have a full service catering department that does tons of weddings, business functions, charity fundraisers and in home parties every year – you can go on our website or ask your server more about it. 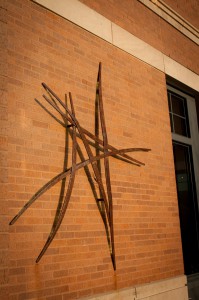 Ok so – how did NORTH STAR get started? If you ask Mike and Duffy – they’ll tell you they had a couple of beers, found a place and the rest is history. And ok, those things did happen, but there’s a lot of other stuff that happened in between. Duffy and Mike have been in the restaurant industry for a loooong time and their paths finally crossed while working for a restaurant group in Milwaukee. 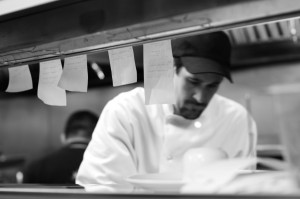 After the previously mentioned beers, they found a place in Shorewood (now across the street from where you are sitting – if you are sitting in Shorewood) and on a shoe string budget – we are talking tiny: as in paint the place yourself and have your mom sew some curtains kind of budget – the first NORTH STAR AMERICAN BISTRO SHOREWOOD (now closed – insert sad faces here) was born. A few months later, so was Duffy’s first child and then things got REALLY crazy – but that’s another story. Anyway, turns out – people really liked the REAL.GOOD.FOOD. menu and concept AND they liked Mike and Duffy (which is a good thing because back in the day, if you didn’t like Mike and Duffy, you didn’t really have any other options – they were there doing all of the jobs at all times. Did you ever see that I Love Lucy episode where Lucy goes to the train station and asks the conductor where she can buy a ticket and he says – “One minute – I’ll get the ticket agent.” So he goes in the back, changes his hat and comes back and sells her the ticket? That was Mike and Duffy.) Eventually though, staff was added and the entirely too hectic life that was theirs slowed to moderately crazy, which left them just enough time to open NORTH STAR AMERICAN BISTRO BROOKFIELD. 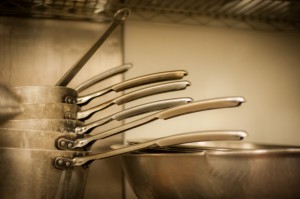 MILWAUKEE ALE HOUSE IN GRAFTON? Yep – for about two years now they have been slinging beer, making some CRAZY good burgers and putting out dishes like the SUPER FAB – Buffalo Chips. Try them once and we bet that you won’t be able to describe them without your mouth watering. Back to the story: Shorewood and Brookfield guests were so receptive to the idea of affordable, good quality ingredients that went into real food, not fussy – just good dishes, that we decided to take that show on the road and NORTH STAR CATERING was born. That’s also the year we came up with the Real.Good.Food. line. That’s also the year that absolutely NOTHING of any major significance happened in Mike Stoner’s life – which he was really happy about. You should ask him some time about the stuff that did happen before that though. And while you are chatting – ask him about the name North Star – no room to explain it here – only enough space for one more *shameless plug*. You have to stop by sometime for HAPPY HOUR THURSDAY – amazing food/drink – even better deals! 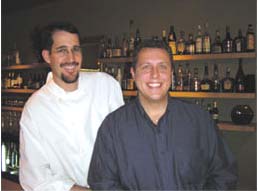